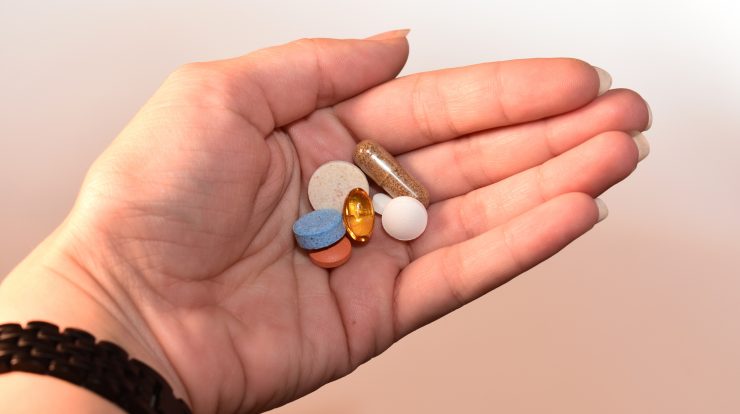 Did you know that anxiety, stress, lack of sound sleep and more impact our cognitive abilities? In the modern world, we all need to take care of so many responsibilities each day that it is only natural to look for ways to increase brain power and memory. It also explains why the top brain enhancement supplements are seeing such rising popularity.

One popular cognitive performance booster is Vinpocetine. This is a synthetic compound derived from vincamine, a naturally occurring substance in the leaves of the lesser periwinkle plant. Vinpocetine is a great option for people looking to improve concentration and memory. However, it is important to first know about its ingredients, dosage and side effects, to make an informed decision. This is why, we at Top Brain Enhancements, bring you unbiased and detailed reviews of brain booster supplements.

How Does it Work? 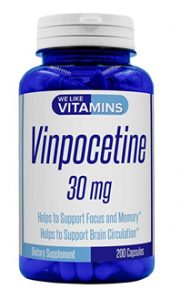 Although the complete functioning of the supplement is not understood, but it is believed to increase blood flow to the brain and protect neurons against injury. Vinpocetine that is absorbed by the body rapidly peaks in the blood and enters the brain, where it shows its effects. The properties shown when the supplement is taken orally are neuroprotection against excess stimulation and toxins, as well as reduced inflammation. The supplement has been found to be effective in preventing these stressors and toxins from causing memory problems.

This cognitive performance booster has also been found to increase blood flow that can provide relief from headaches caused by excess pressure. This is one of the key uses of the periwinkle plant, traditionally.

Vinpocetine interacts with ion channels, such as potassium, sodium and calcium, which tend to have suppressive effects on neuroprotection and neurotransmitter release. It has also been found to interact with TPSO and alpha-adrenergic receptors.

In the United States, vinpocetine is sold in the form of 10-milligram tablets or capsules, while in Europe, where it is sometimes used to treat cognitive problems after a stroke, three 10 to 15 mg doses a day with food is prescribed. It has been advised by the FDA that companies that market vinpocetine products must include a label that warns pregnant women or women who are expecting to become pregnant to avoid it.

Being formulated with natural ingredients, side effects are not too common, although some users have reported dizziness, anxiety, indigestion, nausea, insomnia, headache, dry mouth and drowsiness. There have also been some concerns raised over the years that vinpocetine can cause immune suppression. So, the drug should be avoided by organ recipients, those suffering from advanced HIV infection or are on immune suppressive drugs.

Vinpocetine has been found to be helpful in treating Alzheimer’s and dementia, which can cause a decline in cognitive functioning. Research also suggests that the supplement can enhance memory as well as improve recall speed.

Supplements such as vinpocetine are largely unregulated in the US. So, it is advisable to only trust reputed brands to make a purchase.